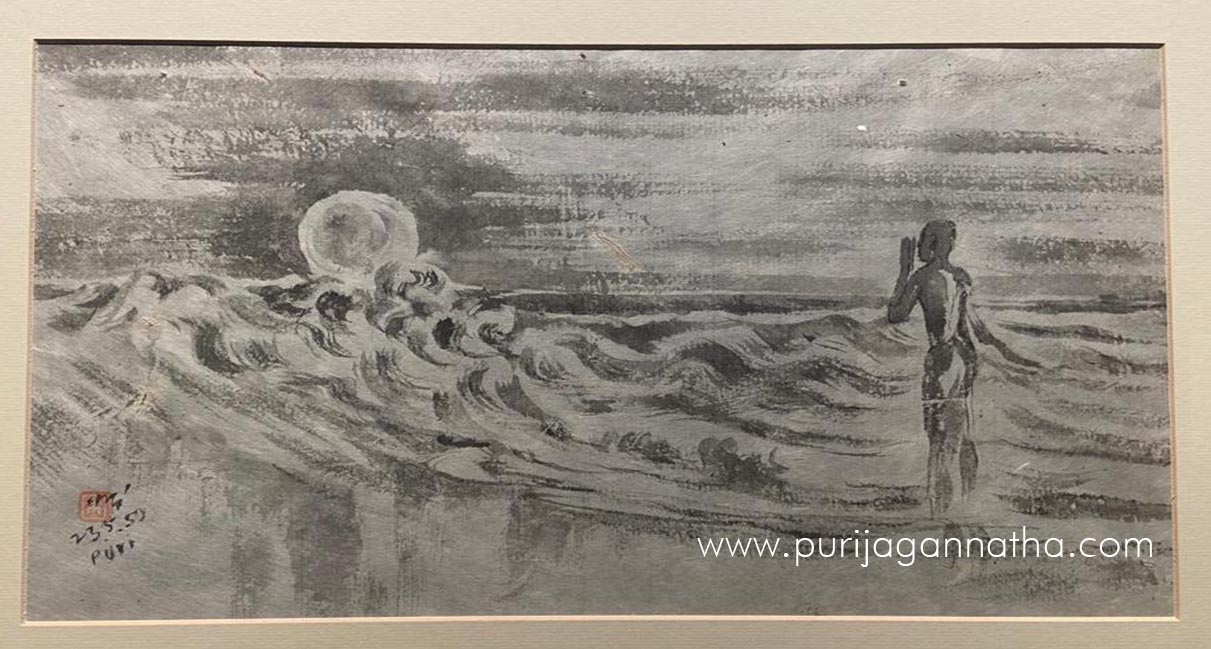 The temple of Sri Jagannath in Puri (Lat. 19° 18’ 17” N; Long. 85° 5T 39” E), is situated on the shores of the Bay of Bengal. It occupies a pivotal position in the religious map of India. This is considered as the epicenter of Vaishnavites. In the history to diminish its importance foreign invaders have attacked many times, even more than that of Somanath Temple.

On the apex point of a Hillock

Sri Jagannath temple complex is enclosed with two prakaras or massive boundary walls. The whole complex seems to be constructed on a small hillock on which the apex point was chosen for the construction of the present temple of Sri Jagannatha in Puri.

That the whole complex is on a hillock, is evident from the two wells named Ganga and Yamuna, water from these two wells are used to cook the Mahaprasada or the offerings. These two wells are located on the south-east corner of the complex at the lowest level. Similarly one finds the Siva-Lingam of the Isanesvara temple on north side, close to the outer perimeter of the inner prakara or Kurma Bedha fashioned out of the bed rock. There is no lingam but it is cut into the bed rock in shape of a round hole.

The other Siva temple known as Patalesvara starts from a very low level and is also located on the north side, inside the second prakara or Kurma Bedha and shows a Sivalingam enshrined inside the Garbhagriha. The pranala of this lingam is cut in to bed rock and the outlet draws all overflowing water into the rock itself. Both the temples are found as rock built structures.

This is a true reflection of Kalingan architecture. Traditional artisans made the main temple in Rekha Deula Structure. Other two adcent structures namely Bhoga Mandapa, Nata Mandapa are built in Pidha Style.