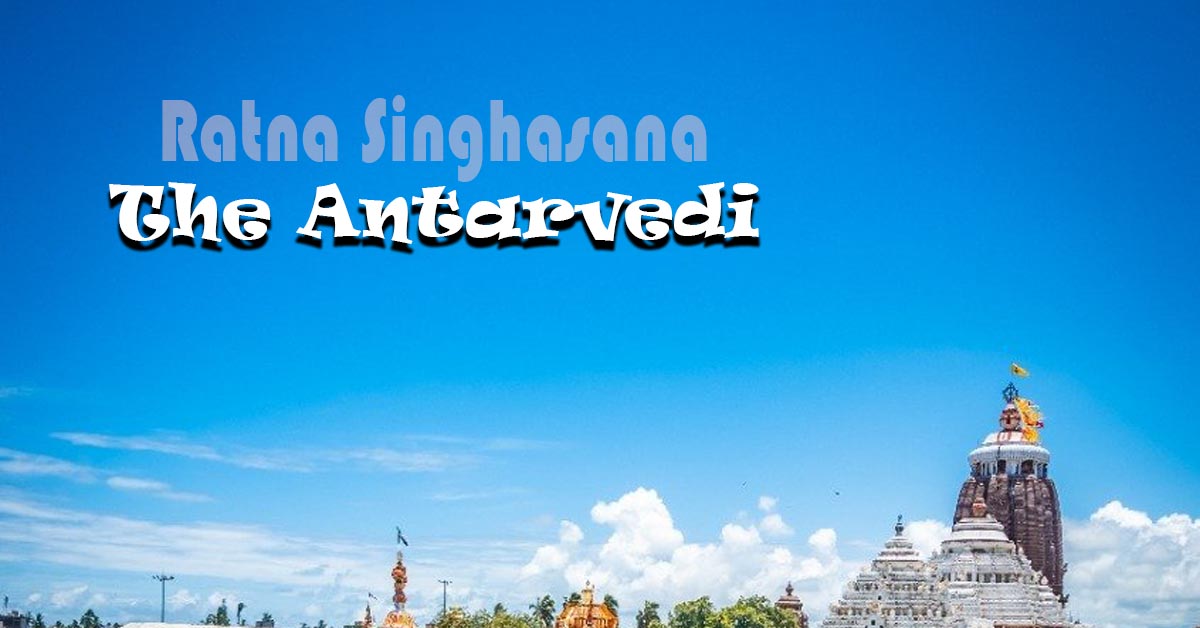 Ratna Singhasana is the Holy Dais in the sanctum sanctorum of Sri Jagannatha temple in Puri, on which the deities are installed and being worshipped. Ratna in local language refers to precious and Singhasana is the dais. It is believed that thousands of Shalagrams ( holy stones, symbols of lord Bishnu) are concealed beneath the Rathna Singhasana before the installation of trinity by Sri Adiguru Shankaracharya.

The Ratna Singhasana is also called Ratna Vedi or the bejeweled Platform on which Sri Jagannatha, Balabhadra, and Goddess Subhadra are worshipped along with Lord Sudarshana, Goddess Bhudevi, Goddess Sridevi, and Lord Madhava. They all are together known as the Sapta Vigraha of the seven deities of the main temple.

This Means: The Lord who sits on the Ratnasnghasana situated on hundreds of lotus in the epicentre of Conch like city Niladri (Puri) and on whose left side Goddess Shubhadra being worshipped is the almighty Brahma (heart) of the world and I offer my prayers to him.

So Ratnasinghasana is made not only at the epicenter of the temple but it is the center of the Whole Puri city. MmultiMulti colored appliques being tied with the Kanka Mundi over the deities on the Ratna Singhasana.