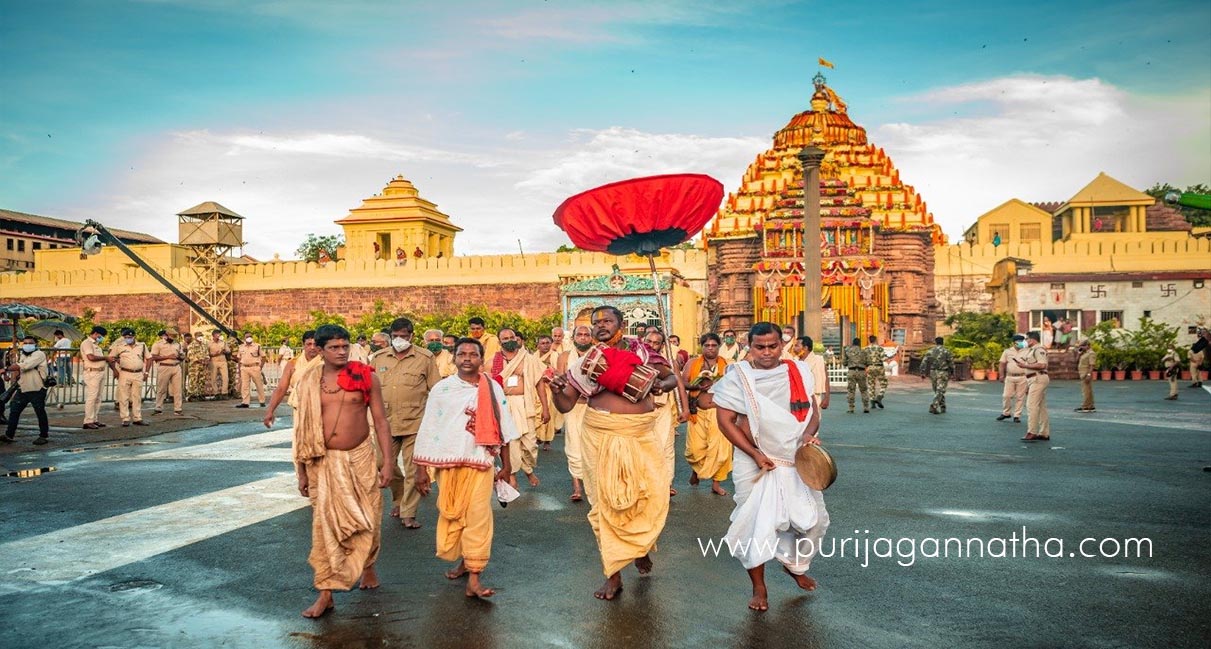 The antiquities of Puri Jagannatha Temple, are sometimes traced back to the Vedic period citing the reference to the vedi or altar on the sea shore as mentioned in the Vedas. We believe, Sri. Sankaracharya had visited Puri and established the Govardhana Pitha during the 8th century A.D.

The Madalapanji in its earlier part of the Rajabhoga Itihasa ascribes the construction of Shri Jagannatha temple at Puri to the rule of Yayati Kesari in the 5th century A.D. But it is an established fact that the Kesari kings ruled over coastal Odisha during the 10th-11th centuries A.D only.

Most of these references to the antiquity of Puri are not supported by archaeological or epigraphical evidences such as monuments, sculptures, inscriptions and even authentic literary sources. The Utkala Khanda of Skandapurana, usually dated in the 13th -14th century A.D, refers to the legend of Indradyumna as the builder of the Jagannatha temple.

Epigraphical records fully support that it was Chodagangadeva (circa 1112-1147 AD) who built the present temple in the first half of 12th century AD The temple of Jagannatha was built during the 12th century A.D and from that time onwards has become a great religious centre of the country.

History says, CholaGanga Deva has built this temple near the old one. He worshipped Lord Purusottama with his concert Goddess Mahalakshmi there. But in the later parts, Goddess Mahalakshmi was removed. Worshipping of the trinity begins then by adding Lord Balabhadra and Goddess Subhadra.

Lord Sudarshan also added to this tradition. We Hindus believe that, the four deities on the Ratna singhasana are the 4 parts of Lord Bishnu. This composition is considered as the Chaturdhamurti, where Lord Jagannatha is Bishnu himself. Lord Balabhadra is the Ananta Naag, Sudarshana is the main ammunition of Lord Bishnu or the eternal Dish and Lord Subhadra is Mahalakshmi.

But some other philosophy represent this differently. They consider Subhadra as the younger sister of Lord Jagannath and Balabhadra is his elder sister, this might have the impact of Krishnanisation on the Jagannatha cult. This cult still prevailing in Puri