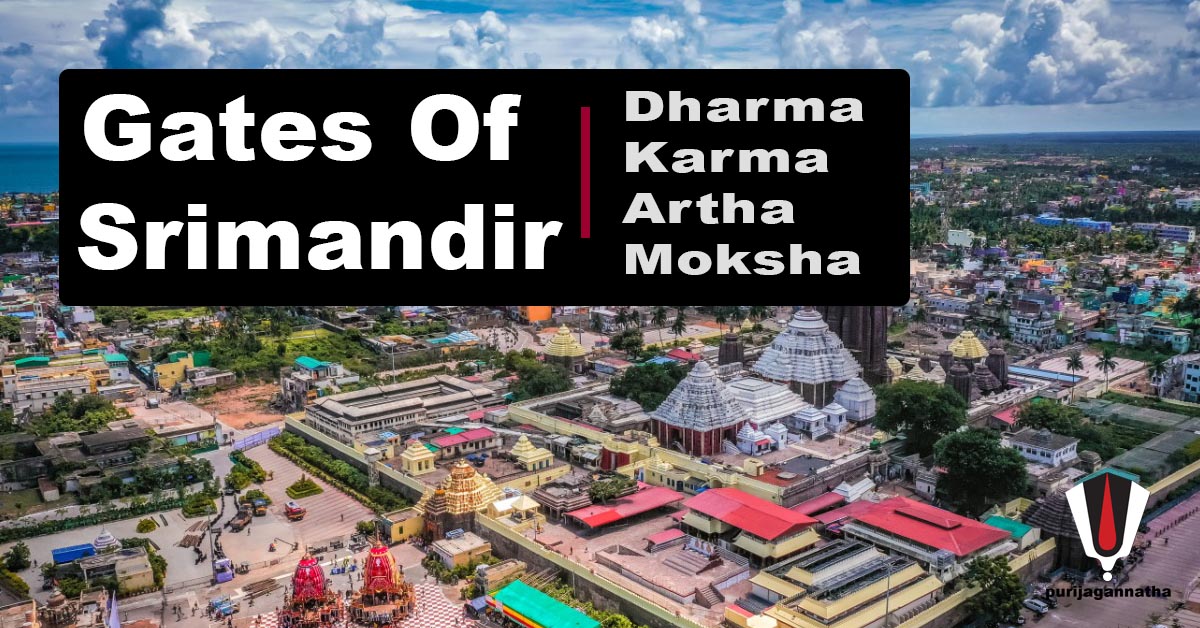 Most of the pilgrims, dignitaries and VIPs enter to Sri Jagannatha Temple via Singha dwara or the Lion’s gate. It is otherwise known as Dharma Dwara or entrance to the Dharma. Similarly, the South entrance relates to Artha or Finance. So this gate is also called the Artha dwara. All servitors and the Gajapti king enter the temple through this gate.
The western gate is known ad Kama dwara and the north gate is named Moksha Dwara. The wooden Daru during Nabakalebara Festival enters the temple through North gate.

These gates on the Meghanada Prachira of outer compound positioned lower than those of the inner compound.

Except the entrance points all other areas in between the Meghanada Prachira and Kurma Bedha seems to have been located on filled up material and elevated ground.

The Kuruma Bedha is also a rectangular structure with four entrance gateway structures or gumutas placed on four directions but not corresponding with gumutas of the Meghanada Prachira.

We, Hindus consider the steps from each gate to the inner compound as sacred and feel proud to offer our pranam ( offerings) there. Our old scriptures and Purans consider 22 steps from Lion’s gate as most hollowed and sacred.

Where is Jagannath Temple Located?